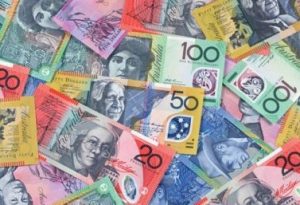 Davos-Klosters (Switzerland)- January 16, 2017 (travelindex.com) – The World Economic Forum today issued a report proposing a shift in economic policy priorities to respond more effectively to the insecurity and inequality accompanying technological change and globalization. The Inclusive Growth and Development Report 2017 concludes that most countries are missing important opportunities to raise economic growth and reduce inequality at the same time because the growth model and measurement tools that have guided policymakers for decades require significant readjustment.

The Report finds that annual median incomes declined by 2.4% or $284 per capita across 26 advanced economies between 2008 and 2013 (or most recent period available). Developing countries fared much better, with median incomes rising by an average of 10.7% or $165. However, 23% of them experienced a decline in median per capita income of 9%, as compared to 54% of advanced countries experiencing a decline of an average 8% or $1044 per person equivalent to $2,505 per average household.

The Report argues that sustained, broad-based progress in living standards, a concept that encompasses income as well as economic opportunity, security and quality of life, should be recognized by policymakers as the bottom-line objective of national economic performance rather than GDP growth. It proposes a new policy framework and set of measurement tools to guide the practice and assess the performance of countries accordingly.

51% of the 103 countries for which these data are available saw their IDI scores decline over the past five years, attesting to the legitimacy of public concern and challenge facing policymakers regarding the difficulty of translating economic growth into broad social progress. In 42% of countries, IDI decreased even as GDP per capita increased. A chief culprit was wealth inequality, which rose in 77% of economies by an average of 6.3%.

Some countries rank significantly higher in the IDI than GDP per capita, suggesting they have done a relatively good job of making their growth processes inclusive, including countries as diverse as Cambodia, the Czech Republic, New Zealand, South Korea and Vietnam. By contrast, others have significantly lower IDI than GDP
per capita rankings, indicating that their growth has not translated as well into social inclusion; these include Brazil, Ireland, Japan, Mexico, Nigeria, South Africa and the United States.

Richard Samans, Member of the Forum’s Managing Board said, “There is a global consensus on inclusive growth, but it has been far more directional than practical. To respond more effectively to social concerns, economic policy needs a new compass setting, broad-based progress in living standards, and a new mental map in which structural reform is reimagined and reapplied to this task, with chief economic advisers and finance ministers prioritizing it every bit as much their traditional focus on macroeconomic, financial supervisory and trade policy.”

New Framework or “Growth Model.” The Report suggests that 15 areas of structural policy and institutional strength together constitute the underlying “income distribution system” of modern market economies and are the crucial tools available to policymakers to strengthen economic growth and social inclusion in tandem. It argues that rising inequality reflects mainly “a lack of attention to this policy ecosystem rather than an iron law of capitalism.” Moreover, for many countries such a reimagined process of structural reform encompassing both demand- and supply-side elements also offers the best hope for boosting economic growth given their limited monetary and fiscal policy space in the aftermath of the 2008-09 financial crisis.

The Report also includes policy metrics — 140 Policy and Institutional Indicators across the 15 policy domains that have the potential to drive both stronger growth and wider social inclusion. These permit countries to benchmark their institutional strength and policy incentives in these areas against their peers.

An Agenda for Global Inclusive Growth. Based on its findings, framework and tools, the Report proposes a coordinated international initiative to combat the prospect of secular stagnation and dispersion (chronic low growth and rising inequality) by placing progress in median living standards – people – at the heart of national policy and global economic integration:

– Major economies to undertake mutual effort to address their structural weaknesses within this Framework with support of OECD and other international organizations, potentially by expanding and reprioritizing the G20 Enhanced Structural Reform Agenda, launched during China’s recent presidency.
– All countries experiencing labour market challenges related to the Fourth Industrial Revolution to set national investment targets and public-private implementation strategies across five areas of human capital formation: active labor-market policies (training); equity of access to quality basic education; gender parity; non-standard work benefits and protections; and school-to-work transition. Data indicate few countries are well positioned.
– International financial institutions to embrace this reformulation and reprioritization of structural economic policy in their public signaling, country advice, and development cooperation programs as well as catalyze a scaling of blended, public-private financing of sustainable infrastructure – crucial for attainment of the SDGs — by shifting from direct lending to risk mitigation, co-investment, aggregation and project development.
– Trade and investment cooperation to be refocused from the negotiation of formal new norms such as free trade agreements to the facilitation of trade and investment activity within as well as among countries, particularly in respect of SMEs, services and value chains, encouraging convergence around best practices and standards to reduce frictions and boost development impact, while increasing capacity-building assistance for these purposes.

The Report was developed as part of the Forum’s multistakeholder System Initiative on Economic Growth and Social Inclusion and includes written contributions from five international organizations, three companies and one G20 government highlighting their contributions to this challenge.

The World Economic Forum, committed to improving the state of the world, is the International Organization for Public-Private Cooperation. The Forum engages the foremost political, business and other leaders of society to shape global, regional and industry agendas. (www.weforum.org).